In this edition of uncovering mystical creatures, we will look into yet another breathtaking being, hidden deep inside the caves of the Earth, The Venezuelan Poodle Moth. This bizarre and cute looking creature is guaranteed to take your breath away.

They have a furry body, similar to that of a cotton ball giving it the appearance of a tiny sheep. The Poodle Moth also has antennae on top of its head resembling- though not entirely- a branch of matured palm leaves. Their big button eyes are intensely black in colour and bulge out of their head. Even though they are flightless moths, they have wing like extension which look like large butterfly wings and claw like legs, extending from underneath their main body.

What purpose does the fur on their body serve?

Being insects, moths are not warm blooded but cold. They do not require hair or fur on the exterior of their body to maintain a constant body temperature. Instead, the fur on their body allows them to be aware and sense their environment. It can also act as a defense barrier when being predated by frogs, birds or other animals.

2. When Was It Discovered?

The Poodle Moth was discovered recently in 2009, by Dr. Arthur Anker a Kyrgyzstani zoologist. He stumbled across these furry critters during his escapade in Venezuela and provided detailed pictures of its physical appearance to the internet to awe upon, which grew in popularity in 2012. They belong to the Lasiocampidae family and the genus Artace. This moth family consists of more than 2,000 species in total and is also known as lappet moths.

As the name suggests, the Poodle Moth is indigenous to the Gran Sabana region of Venezuela and are only found in this serene South American country. These moths are conserved in the Canaima National Park, providing them with a diverse habitat to live in.

Poodle Moths have not been termed as dangerous to human beings. According to what has been discovered till now, since they cannot fly and do not have any poison on their fur, they pose no harm to us humans.  They are friendly furry creatures.

Poodle moths are very tiny. They allegedly measure only 2.5 cm in length and similar in wingspan. They have a very small body that appears to be bigger due to their fluffy body. Even in their home grounds in Venezuela, The poodle moths are rarely sighted. Thus scientists have not been able to research on them further. According to popular images on the internet, the poodle moths are of the size of a human thumb, but this requires further citation from reliable sources to be proven true.

The Venezuelan Poodle Moths have not been discovered long enough for scientists to study their habitat and dietary behavior. Their small concentration also poses an issue for scientists to observe and examine them. However, their close resemblance to Muslin Moths has helped researchers to gain a few insights about them.  Scientists have speculated that Venezuelan Poodle Moths are herbivorous and their main diet is consuming plants. A hypothesis is also laid out regarding them consuming nectar and fruits as alternate dietary habits.

According to speculations, Venezuelan Poodle Moths have a lifespan of about 8-11 weeks. Scientists have not been able to research on them further due to various limitations.

There is a popular belief that the Venezuelan Poodle Moth is not actually real, but an internet bluff. People speculated that these creatures might be a con animal created by an insanely talented Photoshop artist due to its rarity and secrecy of existence. Nevertheless, Dr. Karl Shuker came to the rescue and proved the pictures to be legitimate. Believe it or not, they are 100% real, living and thriving.

No, the poodle moths cannot actually fly. Their grand wings are just a showpiece, just like the tusks of an elephant. They are petite creatures who produce silk. They fly only once or twice during mating season. Other than that, they are completely hinted to be flightless.

10. Can They Be Domesticated?

Can the Venezuelan Poodle Moths be kept as pets? Not much has been discovered about them yet to answer this question. However, it is uncommon for insects to be domesticated. Moreover, the poodle moths are very tiny to be kept as pets. Even so, it is not entirely impossible to domesticate them in the near future.

Though we have not acquired much information about the Venezuelan Poodle Moth, they seem to be a work of fiction, like fairies descended straight out of a Disney movie. Are they a friend or foe? We shall know in due time. 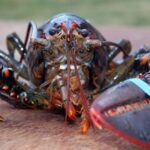