As soon as you hear the word antimatter it conjures images of star trek and other memories of popular SCI-FI movies. Since we know very little about it and antimatter itself is very hard to create and store.

It lets our imagination run free and leaves room for many possibilities. As antimatter is one of the biggest mysteries in physics we have today. The more we study about antimatter the more we will understand how the universe evolved.

In this article we will answer all the mysteries and questions surrounding antimatter like, What is antimatter? How was antimatter is created? Is antimatter dangerous? Etc.

Matter, as we know consists of atoms comprising of microscopic particles called protons, neutrons and electrons.

These particles are powerful enough to be the building blocks for everything in the Universe. Scientists have recently found the existence of an alternate form of matter, called Antimatter.

Antimatter was one of the most exciting physics discoveries of the 20th century. To put it simply, Antimatter is the opposite of atomic matter that we know of.

In its nucleus, it consists of “Antiproton”, having a negative charge and “Anti-electrons” (called positrons) revolving around the nucleus, having a positive charge.

As depicted in the image above an antimatter has antiparticles of the corresponding particles of ordinary matter. As both have opposite particles of each other, upon contact they both annihilate each other.

Antimatter is just like matter in terms of looks.  Antimatter’s particles are the same as matter but have the opposite electric charge. An electron carries a negative charge whereas its antiparticle, the positron, carries a positive charge.

There are still experiments being conducted to better understand the difference between the neutrino and antineutrino.

Matter and antimatter particles are always created in pairs and when they come in contact they annihilate one another, leaving behind pure energy.

A the time of Big Bang enormous energy was released, this energy resulted in the creation of particle and antiparticle pairs colliding into each other coming in and out of existance

During the past few decades scientists have conducted a lot of particle-physics experiments, these experiments have indicated that laws of nature apply differently to matter and antimatter.

Scientists have observed spontaneous transformations between particles and their antiparticles, occurring millions of times per second before they decay.

During the formation of the universe, there could have been some unknown entity which might have intervened in the process and caused these “oscillating” particles to decay as matter, leading to the presence of matter being more than antimatter.

In 1928, Nobel prize winner Paul Dirac wrote down an equation combining quantum theory and special relativity to describe the behavior of an electron moving at a relativistic speed.

This very equation won him the Nobel prize in 1933. According to his equation, just as the equation x2 = 4 can have two possible solutions (x = 2 or x = −2), there can be two types of electrons one have a positive charge and one having a negative charge.

But according to classical physics, energy of a particle must always be a positive number. The interpretation Dirac’s equation is that for every particle there exists a corresponding antiparticle, exactly matching the particle but with opposite charge.

For example, for the electron there should be an “antielectron”, or “positron”, identical in every way but with a positive electric charge. This insight opened the possibility of entire galaxies and universes made of antimatter. His discovery paved a way for further revelations to unfold.

How is Antimatter Made?

To make antimatter on earth, charged particles such as a proton or an electron are accelerated at tremendous speeds close to the speed of light with the help of machines called the particle accelerators. These particles are then made to collide with a target or other particles moving in an opposite direction.

Where is Antimatter Found?

There is a high possibility that Antimatter may exist in far away galaxies, even planet & stars made up of antimatter. Today, antimatter is primarily found in the cosmic rays – extraterrestrial high energy particles that form antimatter particles as they zip into the Earth’s atmosphere.

Humans have created only a tiny amount of antimatter so comparatively, there is not much of it to be found. It is very difficult to store antimatter as it collides with matter and gets annihilated, the ALPHA experiment at CERN managed to make atoms of antihydrogen, the antimatter equivalent of hydrogen, and store them for around 17 minutes.

Why is There More Matter Than Antimatter

To answer this question we will have to time travel back 13.8 billion years ago to the very moment when the mega event called the big bang happened.

During the first milliseconds of the big bang as the early universe began to take shape, particles and their counterparts antiparticles annihilated each other and disappeared.

Both were supposed to have been created in equal amounts. So when everything finally settled down nothing should have been left over.

But a tiny portion of matter survived, forming everything we see in the universe today and making scientists wonder what happened to the antimatter?.

Some physicist blame tiny particles called neutrinos arguing they are actually their own antiparticles if this were true neutrinos would cancel each other out and disappear during atom decay violating a fundamental law of physics known as lepton number conservation.

A process like that would favor matter over antimatter creating an imbalance in the universe. Other scientist propose that some sort of cosmic phenomenon happened during the big bang that caused more particles to decay as matter than antimatter, and some researches take a less complicated approach simply arguing that there were more particles than antiparticles never equal amounts of both.

If that is the case antimatter never stood a chance. For now we do not have a concrete answer to this question. Only with time and many experiments will we finally be able to answer this question.

How is Antimatter Stored?

It is very difficult to contain antimatter. It has to be isolated from all the particles in order to be contained. Antimatter which is in the form of charged particles can be contained by a combination of electric and magnetic field, in a device called a Penning Trap.

Penning traps are comparable to tiny accelerators. Inside, particles spiral around as the magnetic and electric field keeps from colliding with the walls of the trap.

The Physicists with the international ALPHA Collaboration at CERN which is in Geneva have succeeded in storing a total of 309 antihydrogen atoms, some for as long as 1,000 seconds that is almost 17 minutes or even longer.

The record for storing antiparticles is currently held by the TRAP experiment at CERN where the antiprotons were kept in a Penning trap for 405 days.

What is Antimatter Used For?

Positrons emitting the radioactive isotopes which are like the ones found in bananas are attached to chemical substances such as glucose that are used naturally by the body.

These are then injected into the bloodstream, where they are naturally broken down, releasing positrons that meet electrons in the body and annihilate.

The annihilations produce gamma rays that are thus used to construct images. Scientists on the CERN’s ACE project have studied antimatter as a potential candidate for cancer therapy.

The Physicians have already discovered that they can also target tumors with beams of particles that will release their energy only after safely passing through healthy tissue.

Using the antiprotons adds an extra burst of energy. The technique was found to be very effective in hamster cells, but researchers have yet to conduct studies in human cells.

We know that when the antimatter particles interact with the matter particles, they annihilate each other and produce energy. This has led the engineers to speculate that antimatter powered spacecraft might be an efficient way to explore the universe.

What Happens When Matter And Antimatter Collide?

If the two, matter and antimatter collide, the annihilate in a blitz of light and energy. They turn their masses into pure energy as determined by Albert Einstein’s equation

E = MC^2. The energy released is in the form of relations which are usually gamma rays.

The physicists have long theorised that our world should not have existed because of the equal amount of matter and antimatter created during the toddlerhood of our universe should have annihilated with each other, leaving almost nothing behind.

But thank god, that is it not the case and our world is dominated by the normal matter. If the antimatter is in small amounts then it is totally safe but if it’s in large amounts then the rays which wwre released at the time of collision would be enough to kill a person or cause any serious harms.

An antimatter weapon is a theoretically possible device that using antimatter as a power source, a propellant, or an explosive for a weapon.

How Much Does Antimatter Cost And Why Is It So Expensive?

The fact that it gets annihilated when it comes into contact with normal matter and the energy intensive production, the cost of making antimatter is astronomical.

Recent records show that the CERN produces about 1×10^15 antiprotons every year, but that only amounts to 1.67 nanograms.

To make about one full gram which is approximately 0.035 ounces of the antiproton, scientists will need to continue their production at the current rate for another 6×10^8 years, and it will cost them a whopping 2.5×10^15 euros!

Can Antimatter Bombs Be Made?

Antimatter is notoriously famous for being increasingly volatile and sensitive to matter. When they come in contact with any matter particle, antimatter particles react and explode in a process known as “annihilation”.

This property of antimatter makes it 10 times more dynamic and threatening than a nuclear bomb. A 10kg antimatter bomb is speculated to cause a 230 megaton explosion, which is far more than the Tsar Bomb and the explosion at Hiroshima and Nagasaki during World War II.

Thanks to its unavailability and high cost of production, the world has been saved from the impending doom of the “Antimatter War”.

Issac Newton’s Third Law of Motion, “every action has an equal and opposite reaction”, quite aptly captures the co-existence of matter and antimatter in the Universe. Is antimatter an evil twin sister or a fairy godmother? We shall know sooner. 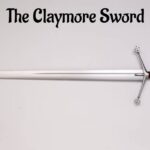